Skip to content Skip to sidebar Skip to footer

By Hot Cream August 26, 2020 1 comment
Islam is one of the religions that has the largest adherents in the country of Indonesia. Around the world, there are many Muslim figures who have greatly influenced the development of Islam. Some of them came from Indonesia. Their names are included in the list of Islamic religious leaders who are well-known as important figures in Indonesia.


Muslim figures have influence not only globally but also for the Indonesian state itself. They become role models for many people. It is not only judged from the words or knowledge related to a given matter, but also from concrete actions as evidence that they deserve to hold the status of the founders or prominent religious leaders in Indonesia.

Maybe you already know and can name a row of names or a Muslim figure who is very influential in Indonesia. Because most of them fall into the category of the most popular ulama figures of all time or from time to time. Yes, from the past until now its popularity is known from various circles. Want to know more?

As follows, we will discuss the names of influential Islamic religious leaders in Indonesia. Please listen.

The name Abdulrahman Wahid is certainly familiar to your ears. This important figure who is often called by the nickname Gus Dur has become a President who is so phenomenal and very unique to the people of Indonesia. He is a leading liberal figure or a leader of a tradition-based Islamic organization.

Not only that, he is an innovative scholar as evidenced by his various intellectual works. Some of them are thoughts related to the relationship between religion and the state, democratization, indigenousism and pluralism.

Hamka has a full name, namely Prof. Dr. Haji Abdul Malik Karim Amrullah. He is also often known as Buya Hamka. Do you know what kind of person he is? He is a multitalented figure in the memory of the Indonesian people. During his life he was known as a warrior, scholar, poet and writer. The work of his books has attracted many people from all walks of life.

Hamka is one of the major ulama figures in the Islamic reform movement in the Minangkabau area and an advocate of Muhammadiyah. His history of being a great scientist is self-taught and continues to mature by his life experiences.

Hasan Bahri studied Islam from an early age. He even learned the Koran at such a young age. He is a very smart student. Even when he met Buya Hamka, he had set his goals as a scholar like Buya Hamka. Before entering politics, Hasan Basri was known as a very talented young preacher.

Abu Bakar Ba'asyir is a prominent religious figure who you may remember as a controversial figure in the field of politics in Indonesia. He is the leader or founder of the Al-Mu'min Islamic boarding school who has been accused of being the spiritual advisor of the Jemaah Islamiyah.

This is an Islamic militant separatist group with ties to or with the al-Qaeda network. However, he denied having any connection with the Islamic congregation or terrorism. However, in its history, Abu Bakar Ba'asyir was related to various controversies so that he was detained by the Indonesian police.

Hearing the name Maaruf Amin, you certainly know him well as the second important figure after the President. He served as vice president which was inaugurated in 2019 together with Mr. Joko Widodo as President of the Republic of Indonesia. He is not only known as a vice president but also takes part in politicians, scholars and lecturers.

Ahmad Dahlan's character is never separated from history as a prominent Islamic religious figure who was very influential in Indonesia. He is a national hero who has contributed greatly to the Indonesian state. He founded an Islamic organization under the name Muhammadiyah which is one of the largest community organizations in the country of Indonesia. 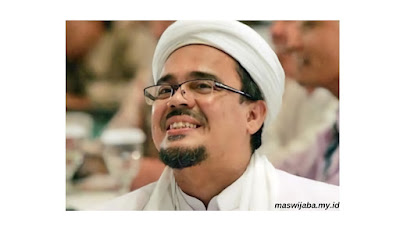 Habib Rizieq has a full name, namely Muhammad Rizieq bin Hussein Shihab. He is a prominent figure from Indonesia as the leader of the FPI organization which stands for Front Pembela Islam. He as the founder, leader and general chairman of the FPI organization has experienced various controversies because he took action to curb activities that are against Islamic law.

Ahmad Syafii Maarif is a religious figure in Indonesia who is also known as an educational figure and writer. He was once involved in the Muhammadiyah organization which was later appointed as a teacher at the Muhammadiyah school. He is very active in the world of education and obtained various masters from the study program he took.

In addition to being active in the world of education, he himself was a former chairman of the Muhammadiyah central board for a period of 5 years, 2000 to 2005. Because he was diligent in writing, some of his books on Islamic issues received prestigious appreciation and awards.

The founder of the Nahdlatul Ulama or NU was Hasyim As'yari. NU itself is the largest and most popular Islamic organization. He is already known as one of the most influential scholars in our country, Indonesia. Throughout his life history, he has founded the Tebuireng pesantren and fought against the Dutch.

Both Japan and the Netherlands have tried to embrace it. But rejected. Until finally, the establishment of the Movement Organization formed the MIAI or Indonesian-style Islamic Council, Kyai Hasyim and his son, Kyai Wahid Hasyim, were appointed as leaders.

Have you ever heard of a character named Hasyim Muzadi before? You must at least know that he is one of the former NU or Nahdlatul Ulama organizations. He has also been the caregiver of the Al-Hikam Islamic boarding school in Malang. As a scholar, Hasyim Muzadi is known as a pluralist and nationalist.

Whatever is considered important for religion, Indonesia and NU, he is ready and sincere to do it. Therefore, his name is never separated from the quite sincere title of the Indonesian leader.

The description above is a list of important figures as Muslim religious leaders in Indonesia that you should know. Especially for those of you as a Muslim figure too, who need to know about developments related to Islamic leaders in our own country. Each of these leading figures has a different history and takes part in various fields.

This is just some of the information that covers the names of Islamic leaders who came from Indonesia. Actually there are many other names that have not been mentioned. In addition, regarding their profile, history, bio, and career, which is discussed in full, it still has to contain other information in more detail. May be useful. (mastimon) 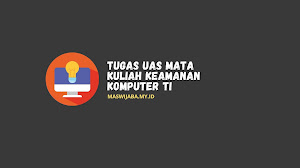